View Cart (0)
Mary Coley If you love to read books with a little or a lot of mystery in them, you've come to the right place. 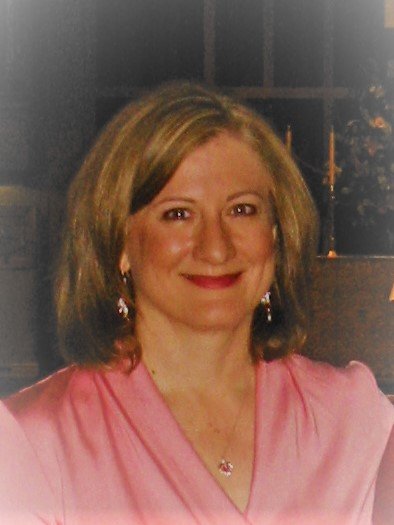 I'm a lifelong writer, and if you are a writer, too, or love to read books with a little, or a lot of mystery in them, you've come to the right place!
Find me on Facebook at Mary Coley Author. Become a fan, and write to me anytime with questions or thoughts. I'd love to hear from you.

Born and raised in Enid, Oklahoma, I spent as much time as possible in my early years outside, playing in my back yard and throughout my neighborhood. There were many children my age who lived close to the school, like I did, and we rode bikes and played in Champlin Park and the Bird Sanctuary near Taft Elementary. I wrote my first story in the second grade, and my first 'book,' a spy novel, in the eighth grade while I was a student at Waller Junior High School. (The tv show, "The Man from U.N.C.L.E." was big in those days.)

For many years, I dabbled in writing, attending conferences and seminars, jotting down story starts and journaling.  I worked as a feature writer with The Ponca City News and served a stint as the Public Relations Director at the local hospital before returning to OSU to earn a Masters Degree. I was a charter member of OKAEE, the state affiliate of NAAEE, the North American Association for Environmental Education. My new expertise landed me a job as the Education and Outreach Director of the Oklahoma Chapter of the Nature Conservancy. In that position, I trained volunteers statewide, wrote training materials, and edited the state's membership magazine and volunteer newsletters. I also attended some fantastic seminars in TNC preserves across the country, including West Palm Beach. I served as president and vice president of OKAEE, among other roles and attended some fantastic NAAEE conferences, including sessions in Portland, ME; Cancun, Mexico; Vancouver, Canada; Boston; Biloxi, MS; and Cincinnatti.
Finally, I worked for the City of Tulsa as the Coordinator of the Water Education for Teachers program sponsored by the City of Tulsa, and then as a Communications Officer, specializing in science and environmental issues for the Mayor's office.
In 2009, my first non-fiction educational book for children was published by  Capstone Press, Environmentalism: How You Can Make A Difference. Meanwhile, I also did a lot of journaling, writing about nature, and crafting short stories, women's fiction and mysteries.
In 2013, I self-published two short story anthologies, which are also available as ebooks through Smashwords. (See more on my book page.) My first mystery, Cobwebs, was published by Wheatmark in November 2013, the second, Ant Dens, in November 2014 and the third, Beehives, in December 2015. My novel, The Ravine, was published by Wild Rose Press in May 2016.
In October 2017, my stand-alone mystery, Blood on the Cimarron, which I published through CreateSpace became available on Amazon and Kindle. In 2018, this book won the Hillerman Award, given by the New Mexico/Arizona book awards.
In 2018, the fourth book in the Family Secret Series, Chrysalis: A Race to Death, was published by Moonglow Books (my publishing company) and Create Space. This book has been selected as a 2019 finalist in the Suspense category of the Silver Falchion Awards, given by the Killer Nashville international mystery writer's conference.
Chrysalis, Book 4 of my Series, is now available!
Copyright © 2020 Mary Coley - Powered by GoDaddy Online Store